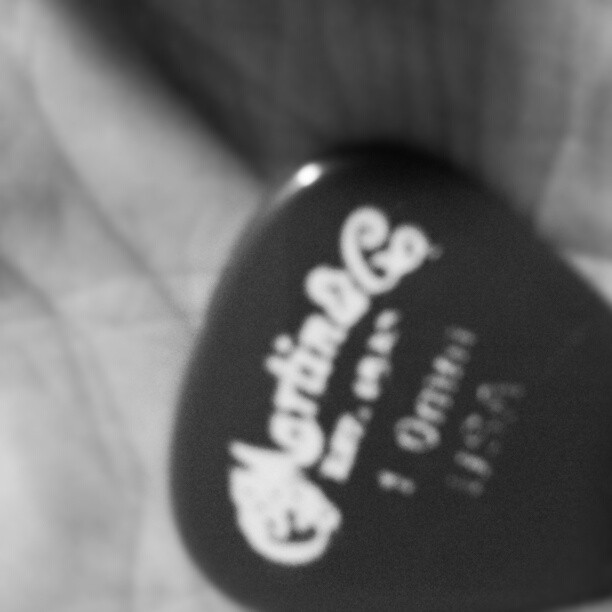 I haven’t really talked about the weirdest coincidence ever when it comes to seeing one of my favorite bands.

The band is Vildhjarta, they play this style of djent, I guess(?) but it’s more like a band that has picked up on what Meshuggah did around Catch 33, fused it with odd-ball tunings, strange melody structures, beautiful layering and a juxtaposition between downtuned heft and bonechilling dissonance.

I love this band so much, and having the priviledge to have talked to some of the guys online is beyond me.

Anyhow… Metaltown, on the 12th of June this year.

They’re playing the end of Deceit if I recall correctly… and as the silence comes on before the last burst of heavy riffethy, I feel a sharp pain on my neck.

Daniel, the little bugger, flicked his pick really hard out into the audience, and it caught my neck!

It actually took me until after the show when I checked it a mosquito had bitten me or something to realize that on my right collarbone, underneath my shirt, was a brown Martin co pick…recently played and all.

I wrote to Daniel and he confirmed that it was his…

Here’s the SetList for that night: 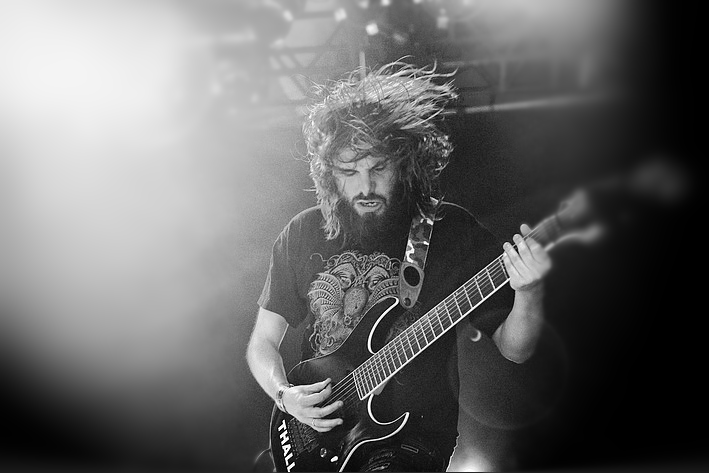